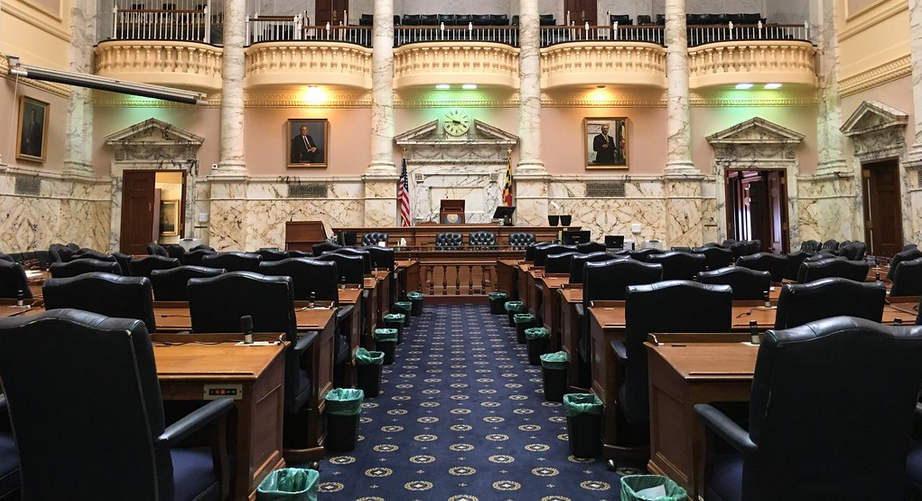 A Maryland state bill that would guarantee public libraries the right to license and loan eBooks and other digital works available in the consumer market took another step forward this week, going through a routine committee hearing in the Maryland State Senate.

After being passed unanimously by the Maryland General Assembly on March 10, the bill is now in the process of reconciliation and faces a few more steps before it can make its way to the board of governors. But the first of those steps came quickly in a committee hearing scheduled for March 24, in which the bill was reported favorably out of committee in just over a minute, without objection.

Supporters of the library are hoping it will cross the finish line before the April 12 legislative session ends in Maryland, despite recent comments from the Association of American Publishers, which this week declared its opposition to the measure.

“Federal copyright law prohibits this type of copyright regulation by state governments. Additionally, SB432 raises significant concerns regarding the Commerce Clause and Due Process Clause and would likely be considered a violation of the US Constitution ” reads testimony submitted to the Maryland State Legislature by AAP General Counsel Terrence Hart. “We therefore urge lawmakers to reconsider the intent and wording of this bill and engage broader stakeholder input on its intended and unintended impacts.”

Despite its initial passage, the bill still has to take a few more steps in the legislative process, but if signed by Governor Larry Hogan, the bill could come into force as early as July 1 of this year.

Two other states (new York and Rhode Island) introduced similar legislation last year, but it is not clear when or if these measures will be reintroduced.

Since 2014, most publishers have made their complete catalogs available to libraries in one form or another, although the question of whether this access is “reasonable” is an ongoing debate. Amazon, however, is another story, and Maryland law comes as pressure mounts on Amazon to make its exclusive digital content available to libraries.

In its testimony this week, the AAP downplayed the tension in the library e-book market between libraries and publishers, while urging Maryland lawmakers to take a different path to address concerns about Amazon.

“To the extent that the bill seeks to address the licensing decisions of a particular dominant online company doing business in the state, we ask the Committee to address these concerns within the framework of antitrust law. “Says the testimony, adding that” AAP is not aware of any proven widespread market failure or other basis involving the hundreds of publishers we represent that would justify systemic regulation of the rights market. copyright that SB432 would establish. ”

Jonathan Band, a Washington DC-based lawyer who works with the library community, refuted the AAP’s concerns.

“The bills do not require publishers to transfer their exclusive rights and the rights of publishers remain unchanged,” Band wrote in a response shared with PW, explaining that because the bills regulate license conditions, AAP copyright issues are misplaced. “The bills prevent unreasonable discrimination against public libraries,” Band argues, explaining that the law simply provides that if a publisher licenses an eBook to the public in Maryland, the publisher must also make licenses available. public libraries.

Band also told PW that publishers cannot have it both ways: using the concept of e-books as licensed products to deny libraries the right to purchase and loan digital versions of literary works, a right they enjoy under copyright law, while asserting that copyright law prohibits the state from imposing what it called a “modest” condition requiring the fair availability of digital licenses.

“The intention of this legislation is not to deprive authors of the compensation they deserve, nor to facilitate copyright infringement. Rather, the legislation is intended to allow libraries to continue in the era. digital to fulfill their mission of providing the public with access to information, “Band writes. “This legislation will help restore the balance that digital technology has upset.”

Global eBook Market Growth of $ 6.93 Billion 2021-2025 | With major vendors including Amazon.com Inc., Apple Inc. and Bertelsmann SE and Co. KGaA, among others